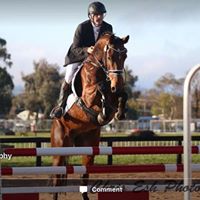 Principal instructor, David Middleton was born and raised at an Equestrian Centre and has a life-long experience with horses.

David’s success stems back to his first major win in 1995, where he won the ‘Gawler 3DE’, riding, ‘Unprovoked Vengeance’.

David’s horse that partnered him through many triumphs was the Thoroughbred, ‘Willowbank Jack’. 1996 saw them win the Asia Pacific 3 Day Eventing Championships and in 2000 they won the prestigious ‘Adelaide International 3DE’. David was also shortlisted for the Sydney 2000 Olympics, being on the Australian Elite Squad. In 2001 David came 2nd at the ‘Adelaide 3DE’ and was a team member of the winning Trans Tasman event. In 2002 he and ‘Jack’ won the Melbourne 3DE at 3 star level and went on to represent Australia at the World Equestrian Games in Spain where they finished 11th in the world out of 80 starters.

David’s aim is now set on establishing his young team of performance horses. 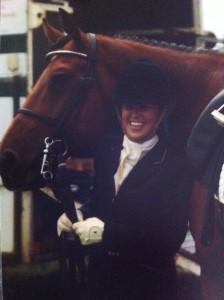 AHRC Level 1 instructor, Michelle Middleton has been involved with horses from a young age.

A member of Findon Pony Club for an extensive time, Michelle participated at State Level in all disciplines including dressage, showjumping, eventing and mounted games, as well as competing regularly at Royal Shows in the coloured horse classes.

A decision to make eventing became her next pursuit. Michelle then spanned her experience at riding up to One Star Level at several Melbourne 3DE attaining a spot on the Victorian, ‘Stars of the Future’ eventing squad

After becoming married to David in early 2004, Michelle then acquired David’s ex Gawler 3 star winner, ‘Unprovoked Vengeance’, who proved a delight to ride and compete on; in between Michelle having their two beautiful daughters.

Michelle’s last horse was yet another of David’s ex-advanced eventers, this time the very stunning, ‘Mr Shirvington’. Michelle and Mr Shirvington competed successfully up to medium level dressage; however in late 2010 the decision to sell Mr shirvington came about due to exceeding costs of competition life, along with both family and business comittments.

Michelle’s short-term focus is now on bringing along the young ponies for the riding school.

A qualified Bachelor of Education Primary School Teacher, Michelle applies her skills of working with children in her role as a riding coach. 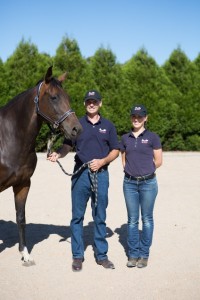